The entire generation born between 1946 and 1964 are at or nearing retirement age. Baby boomers retiring will have a great impact on the boomers themselves and on society as a whole. Concerns include the challenges of living on what may be considerably less income for many, the factor of age-related illness, and the potential of having to delay retirement due to changes in Social Security regulations.

A significant event is occurring for one of the most significant generations in American history. We are in the process of witnessing baby boomers retiring.

As the oldest crop of baby boomers reach 65, and as some have taken early retirement, a shift is happening that will effect many parts of society. No one is yet sure of the exact impact of retiring boomers but their sheer numbers mean that this is sure to be important.

The generation long known as baby boomers includes those born between 1946 and 1964. It is believed to comprise over 77 million individuals. It is on the whole a well educated generation and one that has as a group acquired significant wealth. However, there are of course members of this generation of baby boomers who have not done so well and some whose financial plans have gone awry. Many saw lifetime savings eroded severely by the stock market collapse in the last few years and now face a seriously altered lifestyle in retirement. 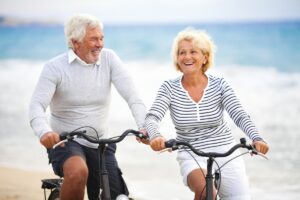 So, when are the Baby Boomers Retiring?

Baby boomers retiring now face many challenges. Most of the baby boomers will need to wait until they are 66, 67, or even older to be eligible for Social Security benefits due to recent changes in the law. Indeed, some in Congress are suggesting that the retirement age be reset for age 70 for everyone in the near future.

The good news in this could be higher earnings for the last few years used to calculate the amount of the Social Security payments, but the uncertain employment situation can also mean that seniors may lose jobs once safe for a lifetime. This could result in being forced to work at a greatly reduced wage if they can find jobs at all and this could cause much lower than anticipated retirement checks.

A large number of aging baby boomers will also put a strain on health care delivery systems and the programs that pay for them. Along with aging come health concerns that may be more and more expensive. There is good reason to be concerned about the number of physicians and other health care personnel available to care for the aging boomers as well as worries about the rising costs. Medicare alone only pays for 80% of most expenses and baby boomers will need to find ways to pay for the other 20% out of what will become fixed incomes.