The baby boomers are the post war generation born in the late 40’s, the 50’s and the early 60’s. They have come of age during upheavals in society, technology and culture. The baby boomers have made significant contributions to the economy and to the political sphere. Now as “Golden Boomers” they are beginning to face the hurdles of aging and retirement.

The folks born during this period saw many dramatic and significant changes to their world including space travel, television and the Atomic bomb.

The baby boomers are the “golden generation” born in the prosperity and relative peace following World War II. While most think of the boomers as the children of one continuous time period, others divide them into two sections, with those born between 1946 and 1953 being the original baby boomers and those born from 1954 to 1964 sometimes referred to as the “Jones Generation” as a subset of boomers. This is a reference to Landon Jones who wrote Great Expectations: America and the Baby Boom Generation and is believed to have coined the term “baby boomer.” 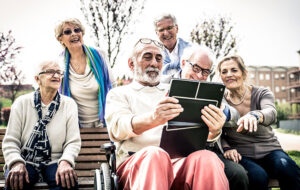 So, who are the Baby Boomers?

The baby boomers grew up in a rapidly changing world. Events in their childhood and young adulthood included events such as the terror of the Russian missile crisis, the assassination of John Fitzgerald Kennedy, the triumph of the Moon landing, the victories and tragedies of the civil rights movement, and the controversies of the Vietnam War era. For them, technologies that had been science fiction for their parents became common.

Even the music of the baby boomers was radically different. Rock and Roll became predominant and with it came significant changes in style of dress and even haircuts. Few boomers have forgotten their parents’ dismay about the shaggy “mop top” Beatles. Some of their other music was the music of social protest.

The baby boomers have been a politically active generation. On the right, boomers rallied around groups such as the Young Americans for Freedom, while those on the left formed groups such as the SDS and the Yippies. The pervasive presence of television helped to inform their politics and to reinforce their positions with nearly instant feedback of news events.

Since many of their parents had been able to attend college on the GI Bill, the idea of a higher education was not rare but more anticipated. Public funding and grants, loans and scholarships for college were widely available and the boomers took great advantage of these opportunities. As a result, a great many baby boomers entered the professions and were able to achieve considerable financial success.

Currently, a new term has emerged for this fascinating generation. As the baby boomers reach their 50’s and 60’s they are being called the “Golden Boomers.” Only time will tell how this lively generation adjusts to the challenges of aging and altered lifestyles.